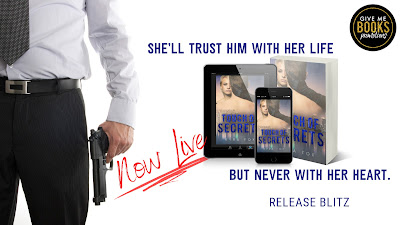 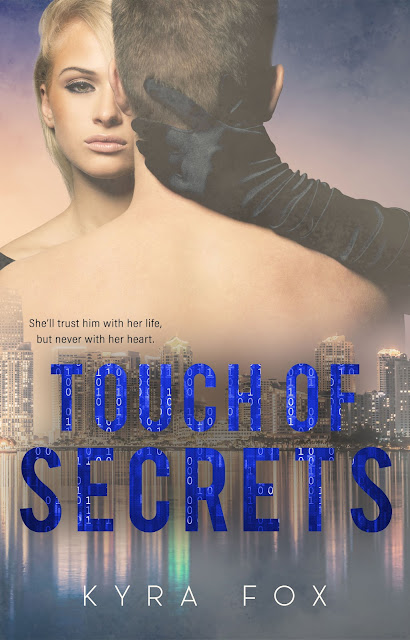 Title: Touch of Secrets
Series: Peak Securities #1
Author: Kyra Fox
Genre: Romantic Suspense
Release Date: December 22, 2021
BLURB
She’ll trust him with her life, but never with her heart.
When a routine job puts cybersecurity specialist Maddie Jenkins in the sights of a ruthless crime lord, her only hope of survival is past flame and former SEAL Commander Sawyer Abernathy.
The duo must put aside their differences and join forces in order to keep Maddie safe from the nameless and faceless man hunting her down.
As their time together draws out, the stakes grow higher, not only on Maddie’s life but also on both their hearts.
Can they work together to eliminate the threat before it’s too late?
**Touch of Secrets is the first book in the Peak Securities series. While each novel in the series tells the story of a different couple, this book ends with a cliffhanger and they should be read in order.**
ADD TO GOODREADS
ADD TO BOOKBUB 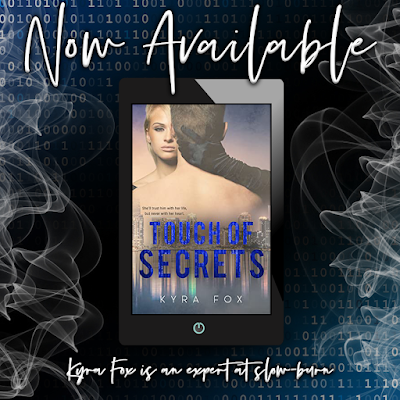 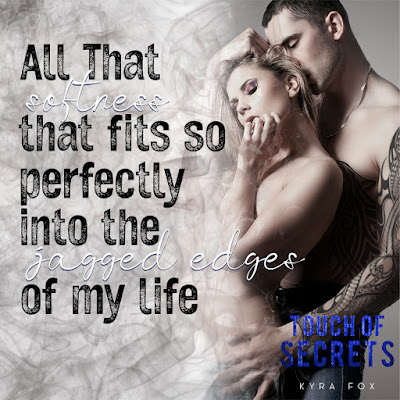 EXCERPT
Sawyer’s eyes drop to my lips, and he pushes himself off the ropes before stepping between them and jumping down. He turns to face me, and my pulse jumps when I’m confronted with the darkened blue of his eyes.
With a swift stride, he’s caging me between his arms with my back against the raised platform. We stand there breathless, salty beads of sweat rolling down Sawyer’s diamond-cut chest and abs, drawing my gaze down, down, down. I imagine how good his skin would taste as I follow the trail with my tongue. I’d trace the tribal wolf howling at the moon inked over his left peck, nipping at his abs on my way to the waistband of his boxer shorts.
The traitorous muscle flicks out to lick over the seam of my upper lip before I lift my gaze to meet the hunger in his eyes.
“I can’t kiss you, Maddie,” he whispers in that same deepened voice that promised to see me to the other side of this, the sound licking heat up my spine.
“But you want to?” I ask with as much teasing intent as I manage to muster, beating down the hope bubbling into my words.
Sawyer smiles, his knuckles gliding up my arm to my cheek, fingers fanning out when his hand returns to my neck, then slides to my nape before his soft touch firms. He pulls me to him, drawing a sharp gasp, his night-sky blues swirling with desire at the sound.
His jaw is locked in a tense tick, the war painfully visible on his rugged face.
“Do it,” I issue the dare. Please. I don’t have the courage to vocalize the plea.
“I can’t kiss you,” he repeats with a tense jaw, hand dropping to his side as he turns and heads for the locker room, leaving me worked up and panting, with a hairline fracture in my heart. 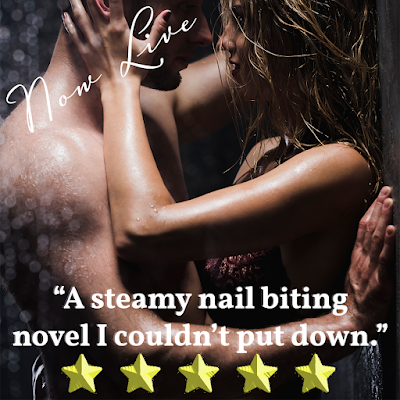 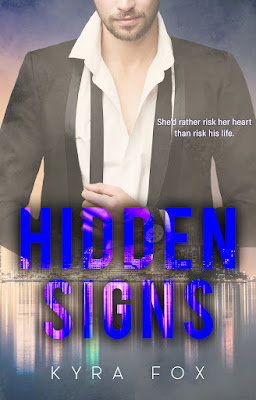 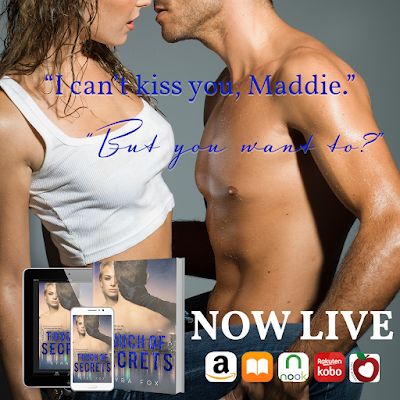 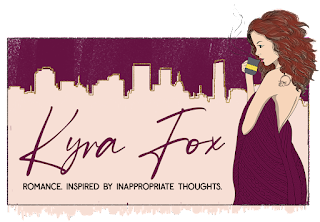 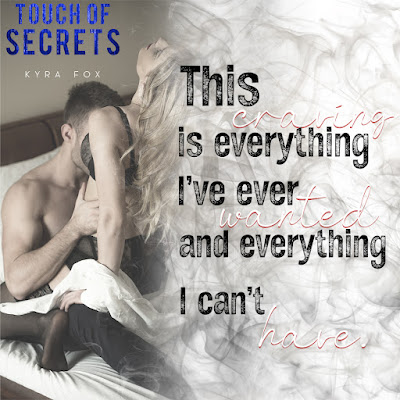