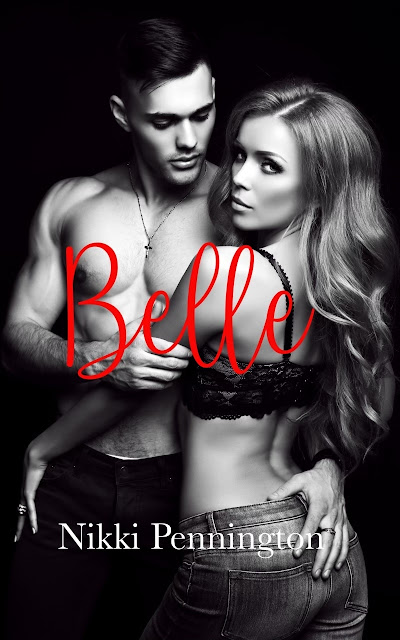 Title: Belle
Author: Nikki Pennington
Genre: Dark Romantic Suspense
Release Date: October 25, 2021
BLURB
This isn’t your typical fairytale…
Belle
There once was a beautiful woman named Belle.
Stuck in a run-down trailer with a mother hell bent on living her life one drug at a time, she wants to escape.
All she dreams about is leaving her past in Deadhorse, Arizona to start a new life.
One chance encounter with a handsome stranger could be the change she needs.
Maddox
Maddox Taylor only has one thing on his mind.
Revenge.
Nothing will keep him from completing his life’s mission.
Not even the bombshell blonde temptation in front of him.
No happily ever after is ever promised, especially when life is more of a beast than either bargained for.
**Not intended for readers younger than 18. This book contains disturbing, dark, and violent subjects. This book could be a trigger for some.
ADD TO GOODREADS 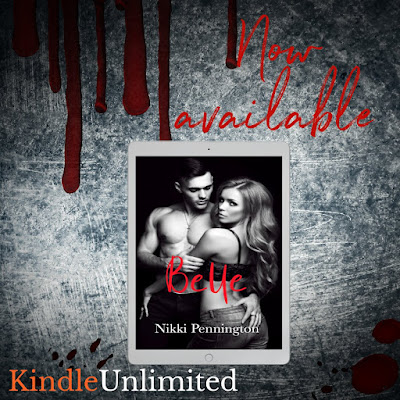 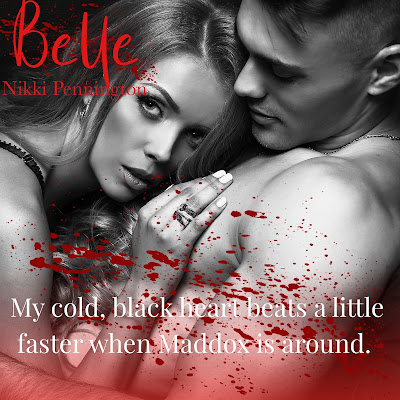 EXCERPT
PROLOGUE
TEN YEARS EARLIER
Maribelle
“You can’t tell anyone about this,” Mindy whispers, but since we’re standing in an open field, her voice carries.
The moon is huge tonight. It’s almost blinding how bright it is when we’re standing in an empty cornfield.
“I know,” I whisper back, even though I think whispering is pointless right now.
“Come on then. No more breaks,” she huffs.
“Why can’t I hold his feet?” I whine. I’m only ten, it’s got to be at least one in the morning, and way past my bedtime.
“We drew straws, you get the head.”
Mindy has always been bossy. Just because she’s two years older than me, she thinks she can tell me what to do.
“I don’t understand why Mama didn’t come with us. She’s the reason he’s sleeping,” I point out.
“He’s not sleeping. He’s dead.” Mindy stares at me and I look at her with wide eyes.
“Mama wouldn’t do that.”
“Whatever you say, Belle.” I can’t see her face, but I can tell she’s rolling her eyes.
It feels like hours go by until we finally reach the small creek. There was a storm that came through last week, so it’s covered in branches, but if you’re real quiet, you can hear the water rushing through.
“What now?” I ask my older sister for guidance.
“Now we push him in.” I stare at her, open mouthed.
“Why would we push him in?”
“Because he’s dead,” she draws out, talking to me like I’m a two-year old. “Now help me push him under this branch.”
So, I did. I didn’t ask any more questions, and I never mentioned it to anyone. Not even to the kids at school when there were whispers on the playground about a dead body floating in the creek.
My sister took the secret to the grave. Because it wasn’t but five years later that her body was found in that same creek.
And it wasn’t me that pushed that one in. 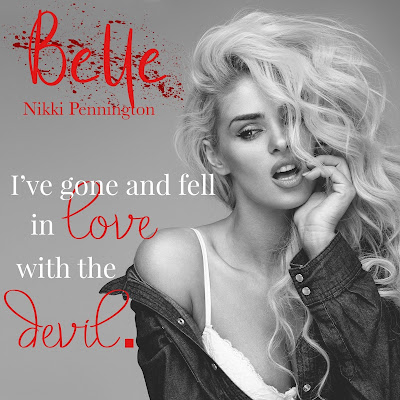 Nikki Pennington lives in southern Illinois with her husband and four kids. As a young girl she loved writing stories in her journal and always dreamed of writing a book some day. When she isn’t chasing her dreams, she’s a lunch lady at a grade school. In her spacetime she enjoys binge watching Netflix and drinking wine.
AUTHOR LINKS
INSTAGRAM
FACEBOOK
FACEBOOK GROUP
TIKTOK
BOOKBUB
AMAZON
GOODREADS 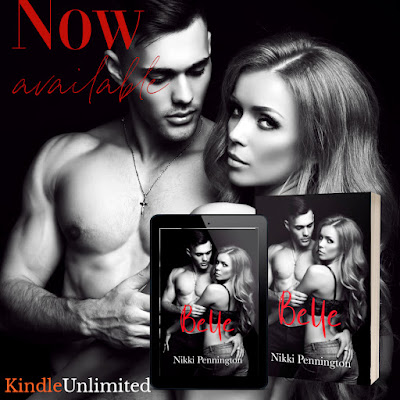