Title: Taken Under the Moon 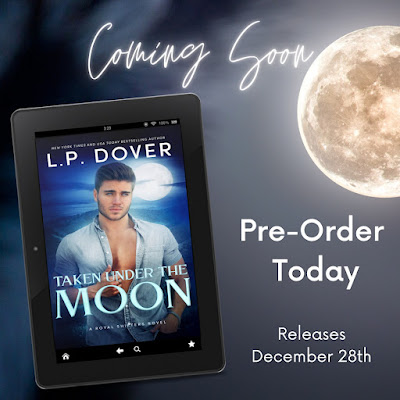 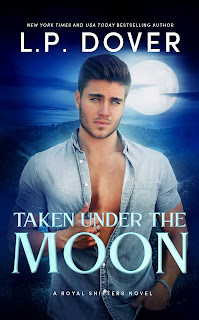 When her deceptive plan against the Royal Pack fails, royal arctic wolf, Kara Channon, finds herself stripped of her strength and left with nothing but the weak human shell of a body. Knowing it’s too dangerous for her to stay in Wyoming, Chase Maheegan volunteers to be her jailor and take her to California to be with him.
For years, they were rivals.
Now, he’s her only hope.
Chase always enjoyed making the uptight royal squirm, but Kara refused to give in to her attraction for him… until now. Desperate for her power to be restored, Kara spends a passionate night in his arms only to sneak away in the morning and thrust herself into a world of danger.
Time is running out as darkness circles the beautiful wolf. Can Chase get to her in time to save her from herself? Or will the lure of an unmated royal mark her as a target for those who would kill to claim her?

New York Times and USA Today bestselling author L. P. Dover is a southern belle living in North Carolina with her husband and two beautiful girls. Everything’s sweeter in the South has always been her mantra and she lives by it, whether it’s with her writing or in her everyday life. Maybe that’s why she’s seriously addicted to chocolate.
Dover has written countless novels in several different genres, including a children’s book with her daughter. Her favorite to write is romantic suspense, but she’s also found a passion in romantic comedy. She loves to make people laugh which is why you’ll never see her without a smile on her face. 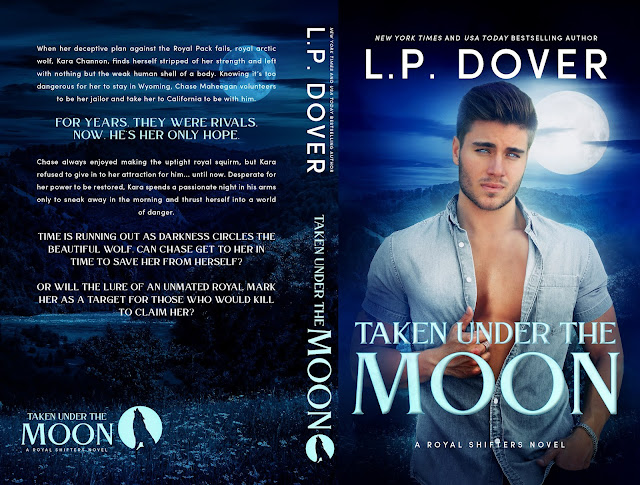