𝑬𝒙𝒄𝒆𝒓𝒑𝒕
“Tsk. Tsk. Those rippled hills of ab muscles won’t save you, my little friend.”
I watch as the drop of water trails the length of Sebastian’s chest, dripping down his belly button. “Ah shit, wrong turn. Now, you’ll die a slow death in those stupid yellow shorts of his.”
The drop of water absorbs into the fabric of his waistband and disappears from sight. “Farewell, my friend. Hell might be hard, tanned and smell like sunscreen and moonshine, but the ruler is quite the dickhead.”
I’m over caffeinated and hangry as I watch as the chair thief behind the window slips a t-shirt over his head and fills a glass of water straight from the tap, pausing long enough to pop what looks to be a painkiller. It appears our neighborhood hoebag had a rough night and an even rougher morning, considering he pretty much crawled to the kitchen.
A pot of coffee brews while he leans both hips against the counter, waiting while he smashed his temples between his palms. Poor baby. It’s hard staying pretty when you’re trashed and sleep deprived, but somehow he manages, which is really a shame.
The last time I was hungover I looked like a literal troll, hissing at Aspen when she offered to wash the dirt and leaves out of my hair before I crawled into bed.
I frown at the window at his perfectly coifed hair and celebrity housewife complexion. He might look like he’s put together on the outside but underneath those ugly shorts is a mess of a man with the personality of a house cat.
Sebastian’s hand drops slowly from his temple and hovers in the air. He’s staring directly at me when he lowers all his fingers but the middle one.
Good morning to you too, jerk.
Blurb:
I can explain.
Kind of.
I realize the wig and makeup don’t help my case, but that’s not the point.
The point is, Sebastian came at me first.
He’s the one who started this war, but I’m the one who finished it.
I’m not even sorry about it.
Fine. Maybe I am. A little.
That’s the only explanation as to why I just agreed to play his fake girlfriend so he—we—can win a million dollars in the hottest reality show contest ever filmed on campus.
Don’t get it wrong though, Sebastian and I may look like we love each other, but everyone knows reality TV is nothing but scripted lies and staged kisses.
Add Subscriber Wars to your tbr. → https://www.goodreads.com/book/show/54122781-sw
Blogger & Reader ARC Sign Up → https://forms.gle/5bMyjZSAUxYsrZ7r8
Blogger Team Sign Up → https://forms.gle/VjzJ1h4fne8y4pLH8
ARC Team Sign Up → https://bit.ly/3c1KbTM
Join Kristy’s Commanders!
https://m.facebook.com/groups/147968202596232/ 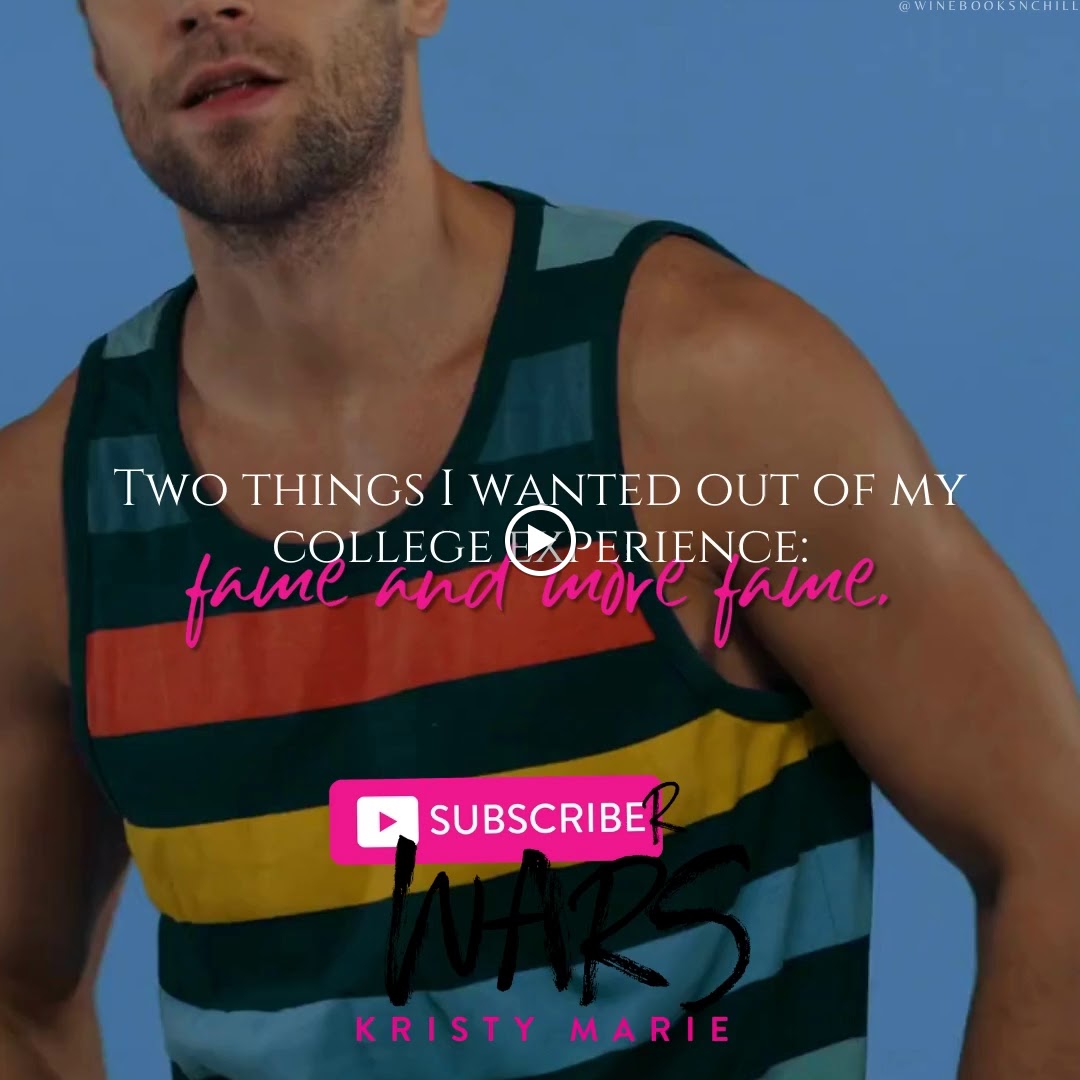 A self-proclaimed reader enthusiast, Kristy started her writing journey back in 2009, reading and writing when her daughter was napping. Establishing her place in Corporate America (because something had to pay the bills), writing became her dirty, late-night secret.

After eight long years, she released her debut novel, Commander. It was a long road, but she can honestly say, the road less traveled had the most beautiful sights.

The only thing Kristy Marie loves as much as reading and writing is sports! Especially those that require muscles and a nice ass. Her favorite is, and always will be, baseball. She’s such a fan, that she even married her small town’s high school’s centerfielder where they still live with their three badass kids.