The Foundlings Series by Fiona Keane is available now!

Add the series to your TBR: http://bit.ly/FoundlingsSeriesTBR

They thought sending me to this supposed tropical paradise would keep me safe. But there’s no place safe for me now. Not when the memories won’t leave me alone.

I didn’t know what the universe had in store for me, but I definitely didn’t expect Jameson Burke. People think he has more secrets than I do, but he showed me his true self—his smile, his thoughtfulness, his love.

I can’t afford to fall so far, so deep. Not after what happened. I should run, but somehow my heart keeps coming back to him…

I had my own reasons to run. Little did I know the most important piece of my story started and ended with the quiet girl sitting next to me in seventh period.

Sophia Reid’s shy smile brought my soul out of hiding. Through her, I learned what starting over really means.

But if I give in to this love, I’ll put us both in danger.

For a short time, I was whole again, but what they say is right. The old me is dead, and the new one will never know love again.

They told me I had to leave her.

It doesn’t matter that she’s the first thing I think about every morning, and my last thought before I sleep.

It doesn’t matter that the moment my heart started beating was when I laid it at her feet.

As long as she’s around me, she’s in danger. I have to keep her away, keep her safe, before this storm overtakes us.

The truth is something she cannot know, should never know. Even if that means I’ll never see her again. 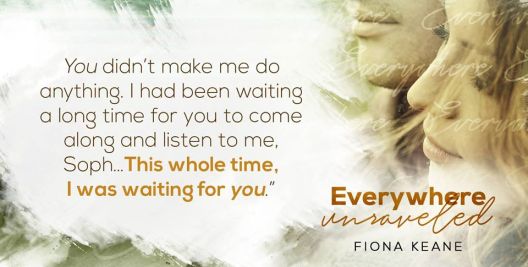 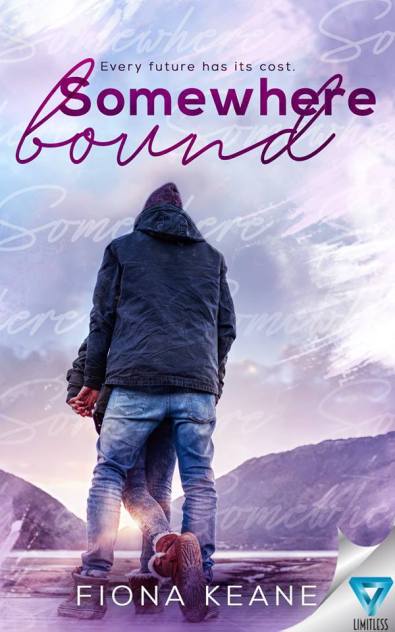 I’ve only ever been Sophia Reid, the quiet girl from—and going—nowhere. If I ever want to escape the torment of my memories, and the murderer in our shadow, I need to die.

Jameson told me his story started and ended with me. Now I need to figure out who I am, who we are, and lay to rest the mysteries of our past, so our story can begin.

I belong by Sophia’s side. If we ever get out of this nightmare, I’ll make her my wife, and I’ll give her everything she needs to make her happy.

I’ve spent my life trying to outrun death. But now, death may be the only thing that can save us.

Sophia…
We thought running would save us, but we never expected the safest place to be where it all began.
We’ll never be who we were when we left there, but there’s nowhere I’d rather be than together.

Jameson…
We tried to outrun death, to escape the past, but they haunted us at every turn.
I promised Sophia forever, and I’ll do anything to give it to her, no matter where we are, or who we become.

Add the series to your TBR: http://bit.ly/FoundlingsSeriesTBR

MEET FIONA KEANE:
Fueled by coffee and rainy days, shelves of books consuming her home in the Pacific Northwest, and a vivid imagination, Fiona writes about love because she believes the world needs more of it. She could spend eternity lost in a story, taken into someone’s thoughts while she is left lingering there long after the pages have turned. Fiona works to meld themes in the current world and spin them into stories of longing, determination, and hope. Her characters are relatable and relevant, as they battle their own fictional version of existence.
TWITTER | AMAZON | WATTPAD | INSTAGRAM
FACEBOOK PROFILE | FACEBOOK FAN PAGE