THE RISE OF SAINT by Bella J releases March 4th!

Add it to your TBR: http://bit.ly/TROStbr 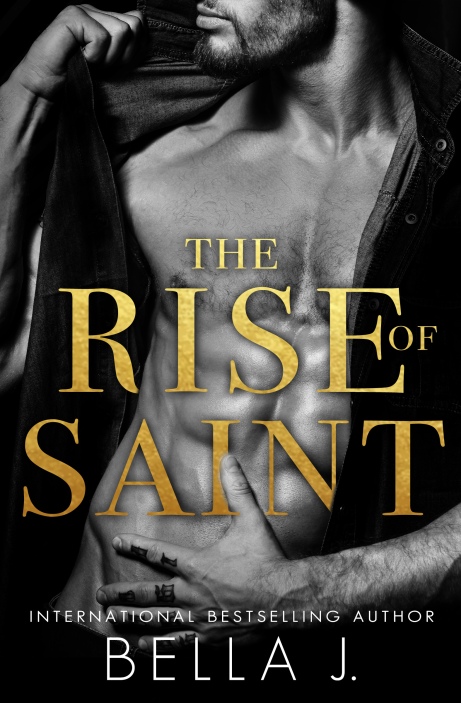 That’s what he is. The one who stole me. The man who ripped me from a life I thought was mine. There was no negotiating. No choice to be made. And no. Way. Out.

He says my whole life has been a lie. I believe him.

He says he’s addicted to my tears. I believe him.

He says once I give him what he wants, he’ll let me go…

I don’t believe him.

That’s what she is. The woman I took. The woman they tried to hide from me but failed. Now she’s exactly where she’s meant to be. At my side. And at my mercy.

The blood that runs through her veins makes me her king. But to me she’s nothing but a means to an end. A way for me to feed my vengeance.

Once she gives me what I want I’ll let her go back to her miserable, mundane life. But for now, she’s mine to play with…

MEET THE AUTHORS:
All the way from Cape Town, South Africa, Bella J lives for the days when she’s able to retreat to her writer’s cave where she can get lost in her little pretend world of romance, love, and insanely hot bad boys.

Bella J is a Hybrid Author with both Self-Published and Traditional Published work. Even though her novels range from drama, to comedy, to suspense, it’s the dark, twisted side of romance she loves the most.